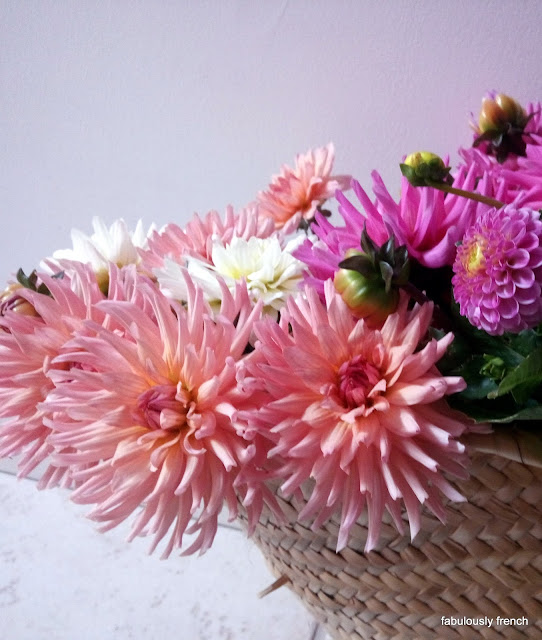 I thought we would take a break from the recipes this Friday. I bought these beauties from our market yesterday and I have placed them in the  hall but much prefer them in the basket.

It has been a busy week and I am in the process of organising a petit vacance for later in the year, as those of you that follow me on Facebook, may know.

It is taking longer than I thought to organise but I have managed to book a gite for a week in lovely Normandy, with a stopover in a chateau style hotel which has a Michelin starred restaurant.
I am sure that the following months will pass quickly and we will be there before we know it...