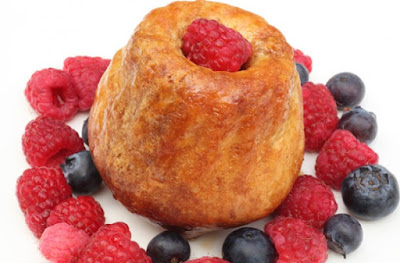 I thought that we would start the year off with one of French Boyfriend's favorites desserts. AS you know by now, he has a bit of a sweet tooth and loves his cakes.

This recipe makes for 12 servings but if you only need half that amount, the rum babas will keep in the fridge for 2-3 days.

For the rum babas:
For the syrup:
For the chantilly cream:
For the berries: