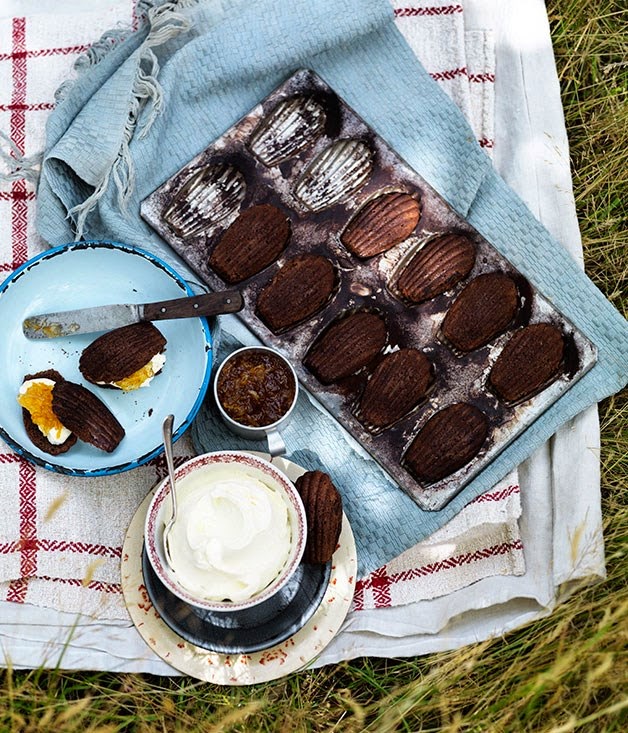 Time to dust off your madeleine mould and make some very yummy chocolate madeleines...


Note These chocolate versions of the classic madeleine are split and filled with a dollop of mascarpone and a smear of marmalade. It's best to finish them as needed - they won't hold up in transport quite so neatly.