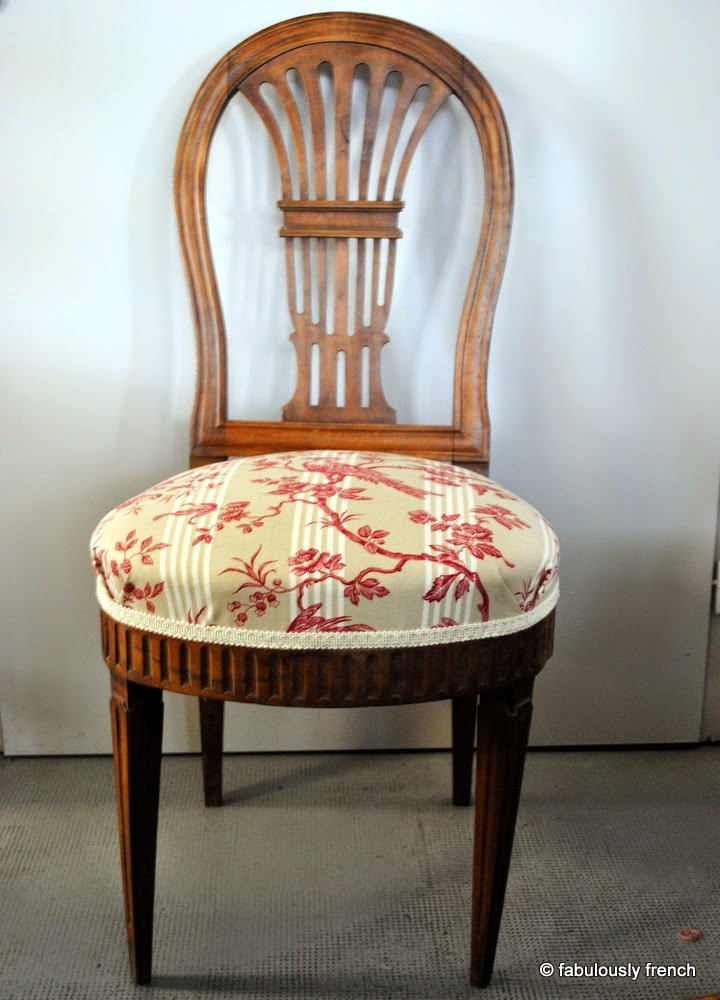 It has turned a little chilly here today so I think that the Indian summer has come to an end, but it was great while it lasted.

French Boyfriend has given me a couple of his chairs to recover and I managed to finish one at yesterdays upholstery lesson.

They were not as easy as I thought as the front part is very rounded so a lot of time was spent playing with the fabric so that it sat straight. It is the first time that I have used stripes and I can see why our lovely teacher says that these and checks are amongst the most difficult of fabrics when upholstering. 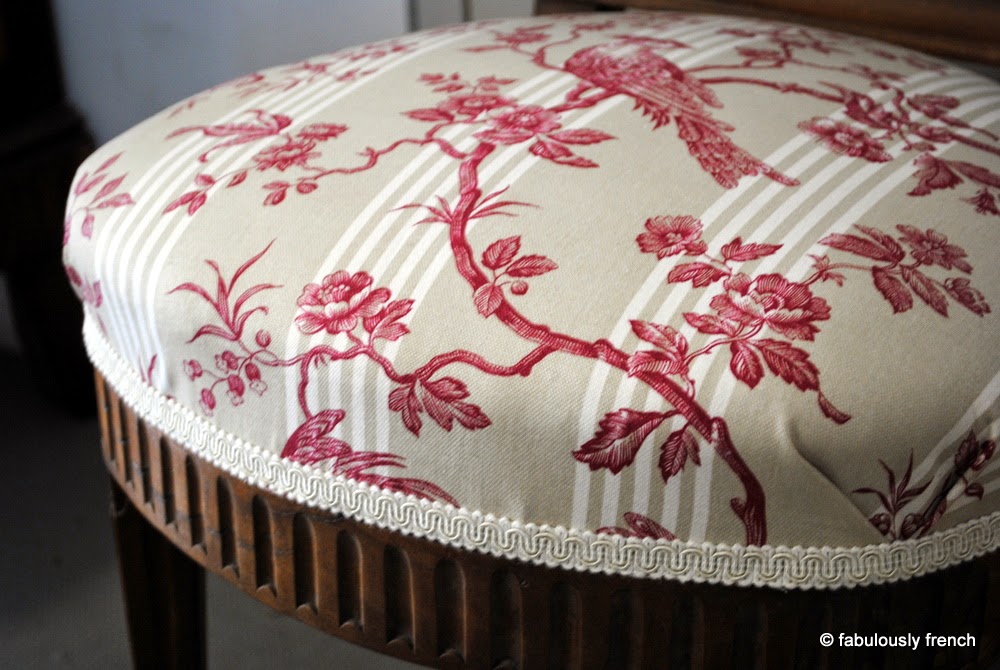 The fabric is modern but the stripes give it a toile a matelas effect  which appealed to French Boyfriend, who as you know loves antiques and he was happy with my choice of fabric.

He tells me that he has another two identical to this one so my plan is to cover one in the same fabric and perhaps if he lets me, paint one white and use a blue and white toile de jouy fabric on it.

I cannot believe that it is already November and we have already received a lot of emails re Christmas stock being available in local stores along with a special shopping evening that is taking place this week.

I have promised French Boyfriend that I will give him a hand decorating the shop which will be fun for me but it is something that he is not keen on as he believes that Christmas should start one week before the big day. Fine as long as you do not have a shop and a lot of Christmas stock to move....

Hence it is going to be a busy week for me and I hope to get to the special shopping evening as a girl can never have too many decorations and it is always good to check out the competition.