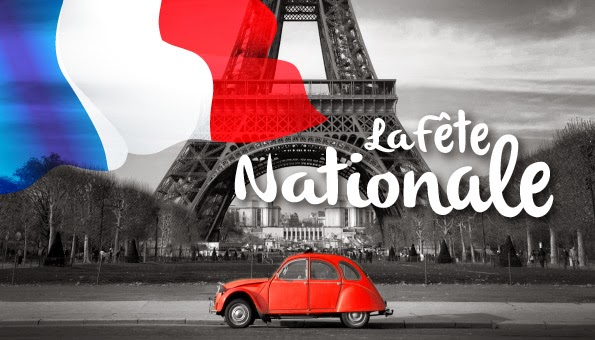 France is getting ready to party as tomorrow is la Fete Nationale or as it is known in English speaking countries, Bastille day

Celebrations are held all over France. The oldest and largest regular military parade in Europe is held on the morning of 14 July, on the Champs-Élysées avenue in Paris in front of the President of the Republic, French officials and foreign guests.