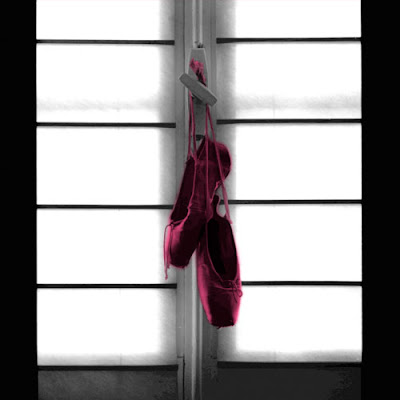 Spotted this article in today's online version of the English "Telegraph" newspaper and thought that it was worth sharing......

Paris on a shoestring

We highlight 25 great ways to enjoy the French capital for next to nothing.


EATING OUT
1 Whoever said there was no such thing as a free dinner has never been to La Choppe on Friday and Saturday nights from 8.30pm, when Samir, the honourable owner, serves lashings of flavourful Moroccan couscous (with all the trimmings) to anyone who’s bought a drink (around €4/£3.50). It’s immensely popular so get there at least an hour in advance.


2 A stone’s throw from Les Halles (just north of the main red-light district), La Cordonnerie is a favourite with a young crowd who fight for elbow room and listen to the occasional concert while tucking into free couscous and sauces, doled out in large portions most Thursday and Saturday nights at 8.30pm. The beer is cheap, too.


3 The only thing that sets Ala Bière apart from any other corner brasserie is its unbeatable €14 fixed-price menu: Lyonnaise sausage, tender steak, hand-cut frites and delicious chocolate mousse. Wash it down with a beer.


4 In a part of town where nothing else is cheap, Brussels Café provides a breath of fresh air. But don’t head to the area with tablecloths – head straight for the bar, where a few tables have been put aside for people to enjoy bar snacks, including copious portions of moules-frites (mussels and fries) for €12.80 or sauerkraut, and an excellent €19 prix-fixe menu. There are six types of beer on tap.


5 The Franco-German Café Titon has East Berlin prices going for it – the currywurst (curry sausages and fries) at just €5.50 won’t leave you with space for anything other than a beer at €3.50. On the French side, the excellent cheap lunch menu (€10 for the plat du jour and a coffee) might include chicken Caesar salad or spare ribs with rice and stir-fried veg and gooey chocolate moelleux for just €4.90 extra.

ACCOMMODATION
6 The Centre International BVJ Paris-Louvre is a 207-bed hostel with modern amenities, run by the Bureau des Voyages de la Jeunesse. Rooms are much cleaner than the average hostel and you can’t beat the location close to the Louvre. Bedclothes are provided but not towels.


7 St Christopher’s Inn is a British youth-hostel chain that has helped gentrify a stretch of the Canal de l’Ourcq, sprucing up an old hangar with funky décor and offering unbeatable prices in its bar. It offers excellent marine-themed bedrooms and dorms for an average of €26 per person. There are single-sex and mixed dorms, so stipulate when you book.


8 Le Village Hostel is in a great location on the hip side of Montmartre. Some rooms have amazing views over the Sacré Coeur. It lets you choose between standard dorms, bedrooms (doubles to quads) and studios with their own kitchen area.


9 Alcôve & Agapes is a b&b booking service with more than 100 addresses throughout central Paris, with a wide variety of hosts, from bohemian artists and housewives to super-grannies and business folk who are away a lot.


10 Eccentric and kitted out with flea market finds, funky Hôtel Eldorado is also a coveted address among locals who come for the cheap Bistro des Dames and pretty, sheltered courtyard. The cheapest rooms share bathrooms and lavatories.


11 The founders of Club Med opened Mama Shelter in 2008. It has décor by Philippe Starck and a hip location in the up-and-coming St-Blaise quartier in the 20th. Each room has an iMac computer, CD and DVD player, and free Wi-Fi. Book a saver rate online.


ENTERTAINMENT
12 Music lovers of all sorts meet over a swift bière or three at L’International, revered for its eclectic programme of live music that includes chanson, rock, indie, pop, electro, hip hop and folk.

13 Drive-ins are logistically not possible in Paris, but picnic-ins are. Between mid-July and mid-August, just €1 gets you into the Parc de la Villette’s Cinema en Plein Air film festival, where cult movies are projected onto Europe’s biggest inflatable movie screen and locals turn up in their thousands, picnic basket and blankets in hand.


Half-price theatre
14 Paris might not be Broadway or the West End, but it has a thriving theatre scene that sees everything from slapstick French comedy to experimental dance, absurdist drama and classic vaudeville. Le Kiosque Théâtre, at place de la Madeleine (75008), place des Ternes (75011) and in front of the Montparnasse train station (75014), sells half-price tickets for same-night shows.


Free debate
15 Once a month at 9pm, France’s law courts open to the general public for live debates with French celebrities. Its origins go back to the Revolution, but the subjects addressed are wholly modern and often flippant: “Does confidence reign?”, for example. Arrive at least an hour beforehand to get a seat.

Free Ballet
17 When in gai Paris, one must embrace the literati. Nowhere can you rub shoulders with more of them so enjoyably than at the Opéra Garnier, the iconic 19th-century structure that inspired the tale of the Phantom of the Opera, the structure of which is frequently likened to a wedding cake. While the upper crust pays for the top spots (around €80-€100), cheap seats can be bought from €5.

Free lectures
18 You won’t find a finer setting for your free lectures than the majestic College de France. Neither will you find a more impressive crop of experts teaching the public subjects, including astrophysics, philosophy, maths and medieval literature.


Free dance classes
19 From June to September the banks of the Seine below the Institut du Monde Arabe become an open-air dance floor for wannabe dirty-dancers who come to learn salsa, Argentinian tango and rock-and-roll.

20 Every Friday at 9.30pm, about 300 nighthawks gather in front of the Mairie de Paris on their bicycles for a three-hour nocturnal sightseeing tour.

Free work outs
21 Attractive is France’s first sports shop dedicated to women, but that doesn’t mean that men can’t take advantage of the free hour-long mixed stretching, muscle-toning and running lessons held every Saturday (meet at 10.45am in the boutique) in the Jardin du Luxembourg.

FREE QI GONG
22 At 9am almost every day, Master Thoï Tin Cau gives free, hour-long Qi Gong lessons in the Parc des Buttes Chaumont, next to the Café Weber (south of rue Botzaris), or a sheltered square elsewhere in the park if it’s raining. If the Master thinks you’re good enough, you can stay on until 11am and practise t’ai chi.

23 Join about 30 devotees each week for an hour and a half of sweet vacuity at the Centre Kalachakra. A donation of about €5 is appreciated.

24 The L’Association de Décontraction à la Française practises “street massage” at the place de la Contrescarpe in the 5th and sometimes on the bridges around Notre Dame, for nothing. It couldn’t be simpler: on warm evenings, find them (usually after 7pm), pull up a chair and spend 10 minutes in bliss. Tips appreciated.

25 Phone plenty of time in advance if you want a free pedicure from a final-year student at the Ecole Superieure de Masseurs-Kinésithérapeutes et Pedicures – it’s hugely popular. A €5 contribution is appreciated.

Music-lovers of all sorts meet over a swift bière or three at L’International (5/7 rue Moret, 75011; 0033 1 4929 7645), revered for its eclectic programme of live music that includes chanson, rock, indie, pop, electro, hip hop and folk. It’s a welcome addition to the scene, with free entry and a host of exciting bands.

Drive-ins are logistically not possible in Paris, but picnic-ins are. Between mid-July and mid-August, just €1 gets you into the Parc de la Villette’s Cinema en Plein Air film festival (Prairie du Triangle, 211 ave Jean-Jaurès, 75019), where cult movies are projected onto Europe’s biggest inflatable movie screen and locals turn up in their thousands, picnic basket and blankets in hand.

Paris might not be Broadway or the West End, but it’s got a thriving theatre scene that sees everything from slapstick French comedy to experimental dance, absurdist drama and classic vaudeville. Le Kiosque Théâtre, at place de la Madeleine (75008), place des Ternes (75011) and in front of the Montparnasse train station (75014) sells half-price tickets for same-night shows.

Le Sunset-Sunside (60 Rue des Lombards, 75001; 4026 4660) has seen more great jazz musicians pass through its door since 1983 than most Parisians have had hot croissants. In early September a few more of them – up-and-comers, mostly – fight it out here over three free nights.

Journalist Isabelle Dhordain invites three of France’s top popsters for a live radio show of mix 'n’ match chanson, pop and rock. The Pont des Artistes is open to the public most Wednesdays and is a fine occasion to see .

Wishing you all a fabulous week, I am off to Bordeaux again early in the morning to see some suppliers with my friend, who is the owner of a fabulous gift shop in the village where we live so will be leaving Mr FF "home alone" as he is starting work on our new kitchen, which is music to my ears but the pressure is on me to tell him what I want and where I want it :-)- I am sure that you all know what this is like!
L x
Labels: paris