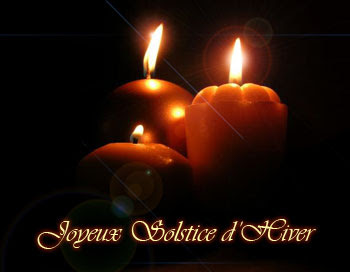 As most of you already know, the 2009 winter officially begins tomorrow, Monday, December 21. The date will mark the winter solstice/solstice d’hiver, the astronomical point in time when the shortest day of the year will take place. From that point on, winter is ongoing, even though this year it came a little bit earlier in Europe. According to official scientific data, the solstice will take place at precisely 12:47 pm EST (1747 GMT), on Monday, LiveScience reports.

In astronomy, the winter solstice occurs when the axial tilt of our planet is the farthest away from the Sun possible within a year. The maximum tilt is about 23 degrees 26 seconds, which means that the star shines on our hemisphere for just a few hours. In addition, the Sun will also be visible at the lowest position in the sky it occupies all year. Generally, in the Northern Hemisphere, it appears high in the sky, such as during summer, and lingers there for many hours before finally setting, about two to three hours before midnight. During the solstice, the star will only rise a little bit in the northern skies, and will then plunge over the line of the horizon, just a few hours after sunrise.

The bright side, so to speak, is that the days will be getting longer come Tuesday. As the Earth's tilt gradually returns to its position over the months, the length of days will increase considerably, until they reach their maximum at the summer solstice, which in 2010 will fall on June 21. At that time, the daytime will reach a length of about 15 hours, as opposed to the 9 hours that the Sun will shine during Monday. Astronomers also say that the cold accompanying winter is entirely caused by the axial tilt. Surprisingly, the planet as a whole is actually closer to the star during Northern Hemisphere winter, but the tilt pushes the northern parts of the planet away from the warming sunlight.

Historically speaking, the solstices and equinoxes have been celebrated since Neolithic times, as evidenced by the large number of observatories that were constructed out of raw materials and with limited technology, but always pointed at the place of the sky the Sun would find itself in during one of these astronomical events. Additionally, many people began celebrating the solstice on account of the meaning they attached to it. The winter solstice, for example, was seen as a sign of rebirth, the time when the planet began to slowly return to life, after the length of days had decreased from summer through fall and well into winter.