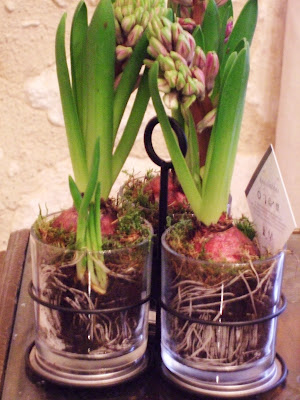 I adore Hyacinths, I think it is the way that you can watch them grow.

I never knew where the name came from until a few days ago, merci beaucoup Philip.

An ancient Greek legend describes the origin of the Hyacinth. Two of the gods, Apollo and Zephyr, adored a handsome young Greek called Hyakinthos. Apollo was teaching Hyakinthos the art of throwing a discus.

Zephyr, who was the god of the west wind, was overcome with jealousy and he blew the discus back. It struck Hyakinthos on the head and killed him. From his blood grew a flower, which the sun god Apollo named after him.

What a fabulous story, its makes hyacinths seem a little bit more special.

It is really cold here in SW France, -6 degrees but as yet we have had no snow.

My plan is to stay inside today and make some gingerbread biscuits. 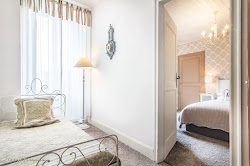