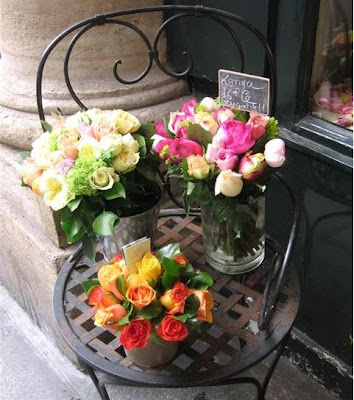 I cannot believe that it is Friday already, where did the week go?

As you have no doubt heard it was been very cold in France and normally it is warming up, instead we have had snow, which is almost unheard of in March, especially in SW France.

It is supposed to warm up next week, so fingers crossed that it does.

Wishing you all a "très fabuleux week-end"

L x
p.s. In response to all of you that were so kndly concerned re Mr FF's baguette - yes I managed to get one and yes I did buy something else, but will tell you about it next week :-)
Labels: friday flowers